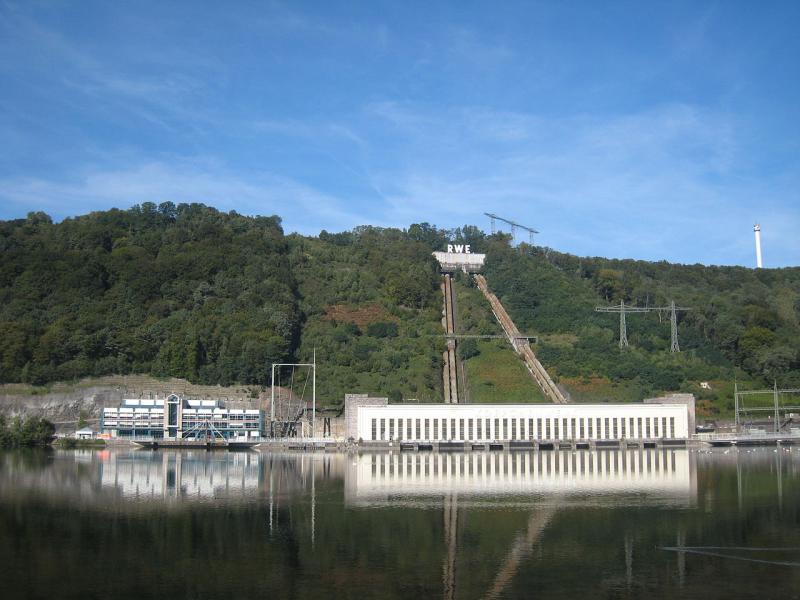 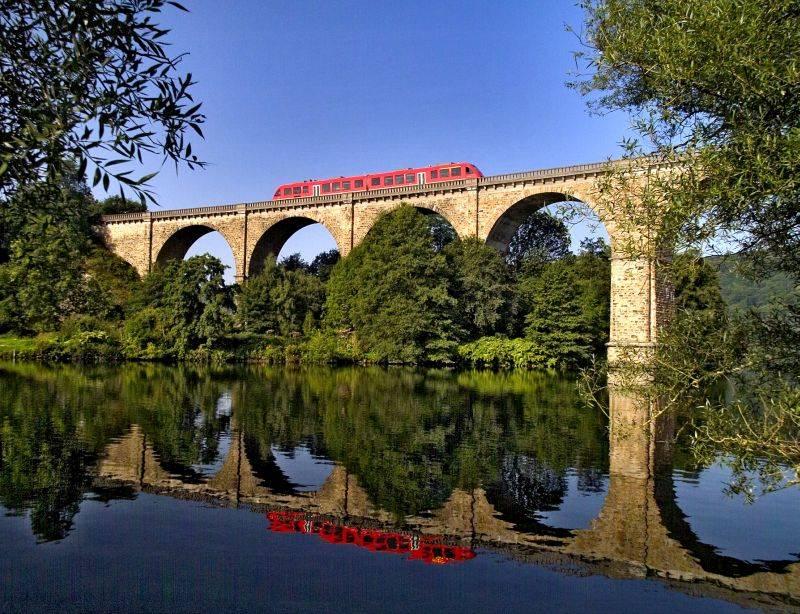 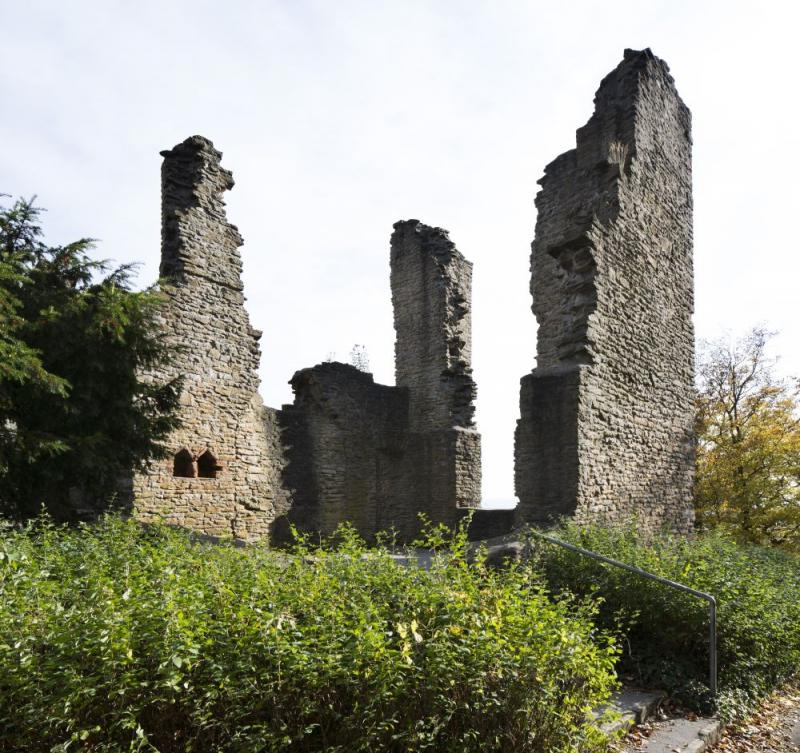 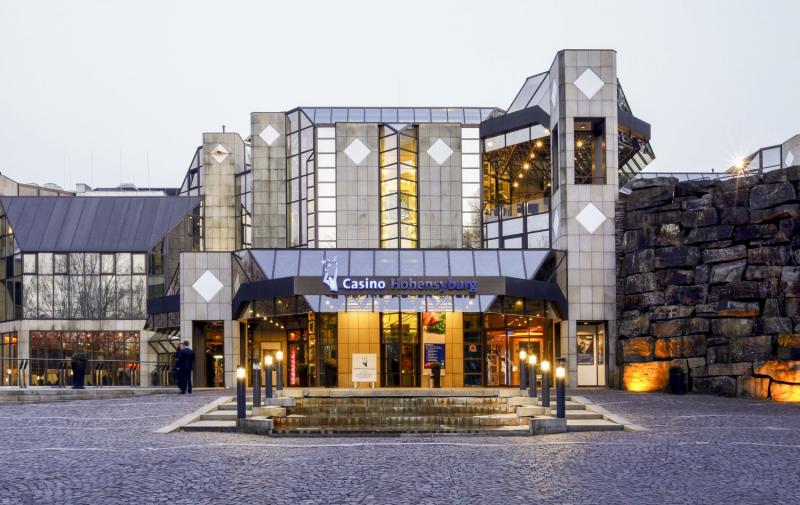 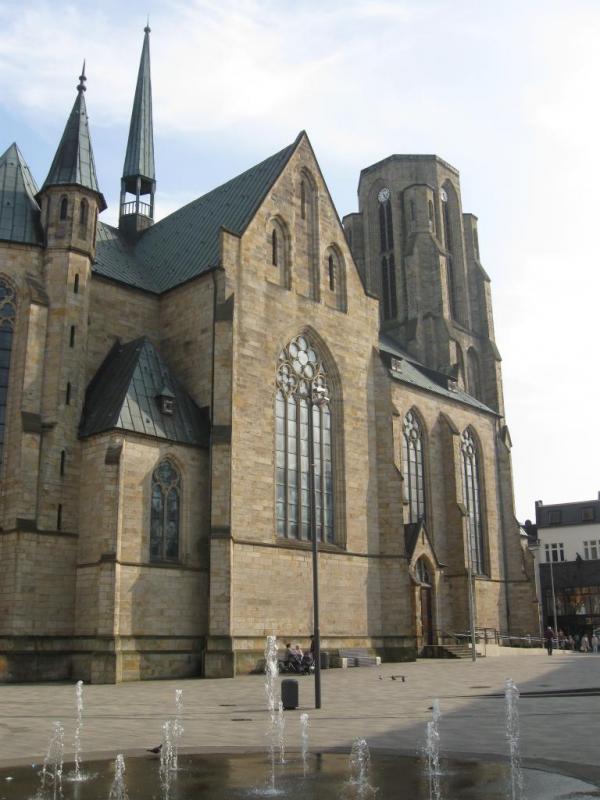 The new parish hall and Philipp-Nicolai-Kirche (the church) form a natural ensemble. The parish hall also features the church’s buttresses. This structure is transferred into a modern architecture and becomes a lively joint of light, an interplay of sunlight and shade. In ambivalence to the bays of the church, the joints of light break down the parish hall in five sections, a structure also shown in the upper storey through the two retracted sun terraces in front of the two meeting rooms or offices.
The retracted ensemble is the “public” churchyard at Schwerter Straße. In between the church and the parish hall, the forum is a semi-public space, characterised by the joint structure and exciting juxtaposition of the church’s solid sandstone facade and the new parish hall’s new glass facade.
The structure, which opens up toward the churchyard and the church with its two-storey foyer, is broken down by rows of windows in the roof and in the exposed-concrete wall.
In order to make Philipp-Nicolai-Kirche a better venue for church and other events, the southern round-arch windows can be opened along their entire height. Beneath the windows is a double door: the inner door is a continued closed wall, remaining closed during services and corresponding with the historical character of the interior. The outer glass door, flush with the external facade’s sandstone, opens toward the parish hall.