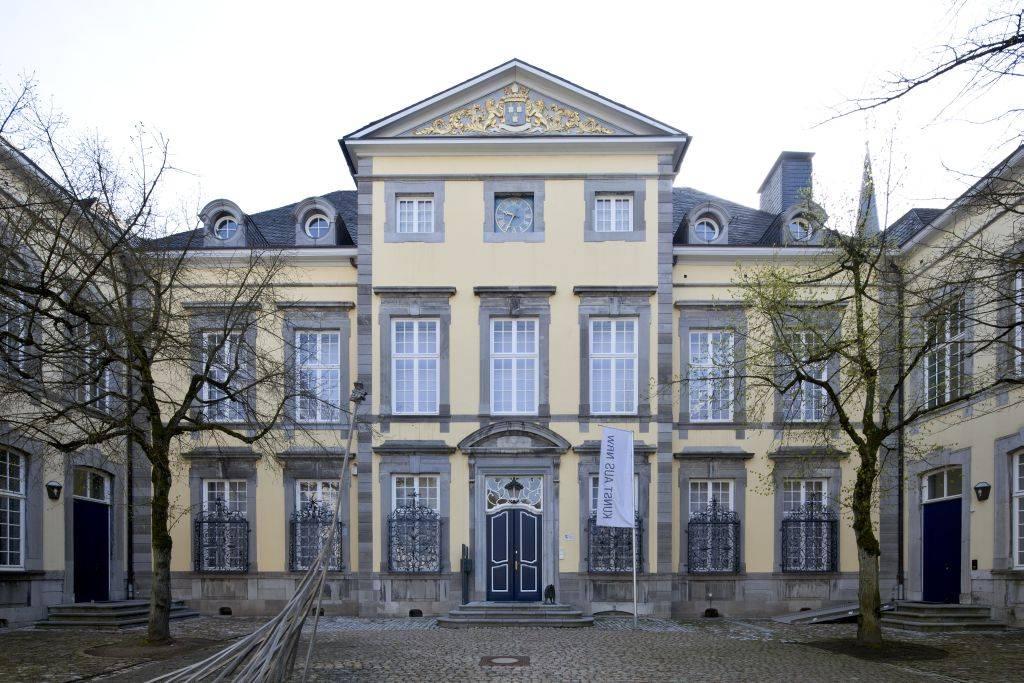 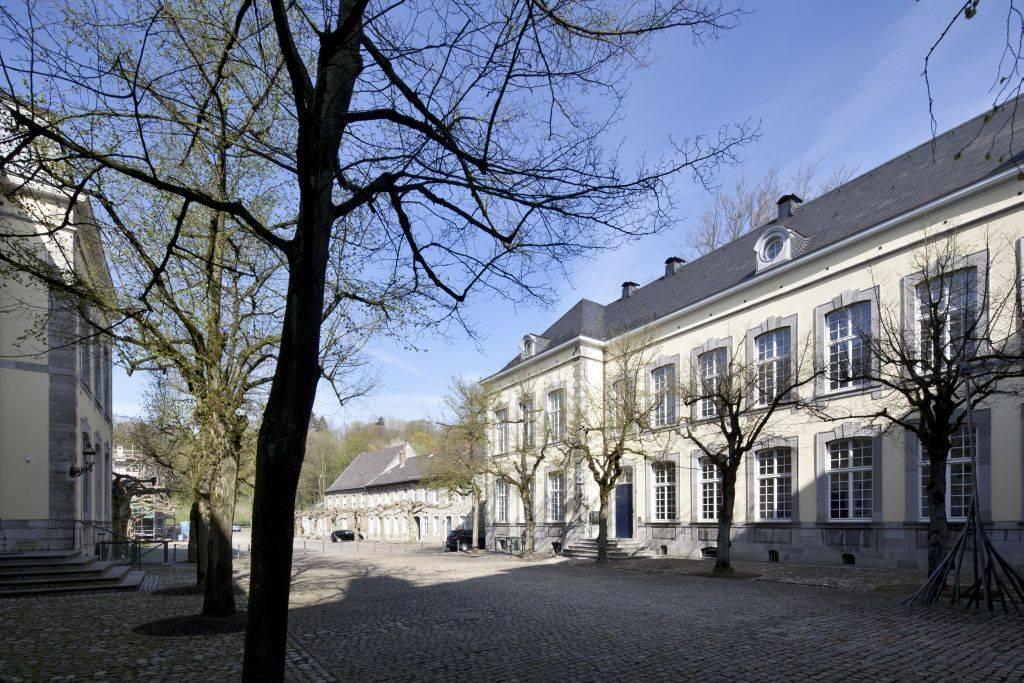 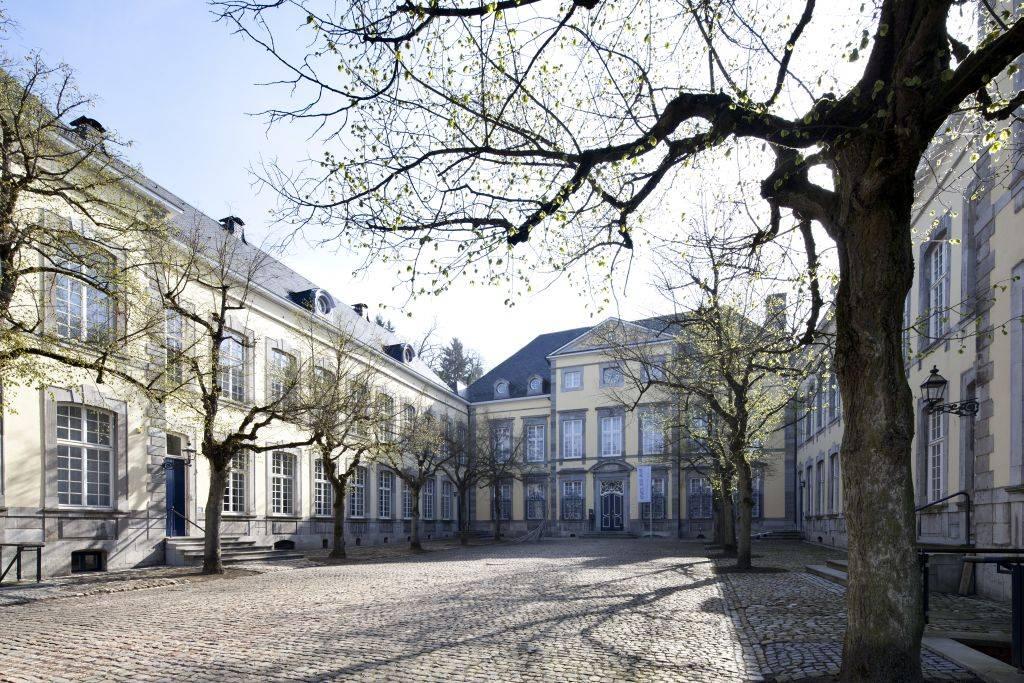 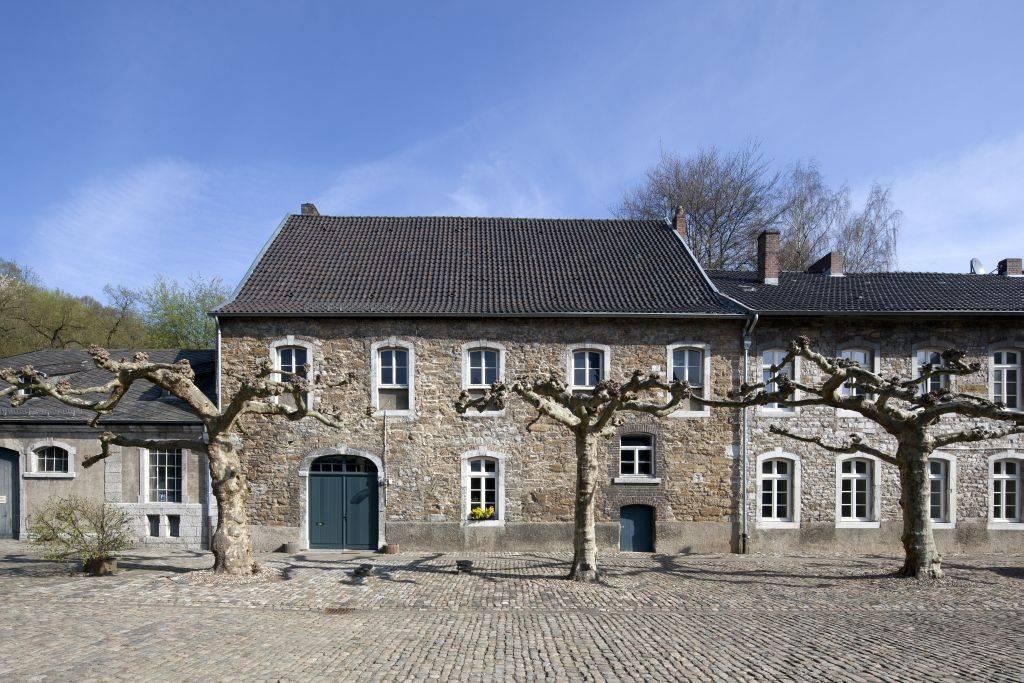 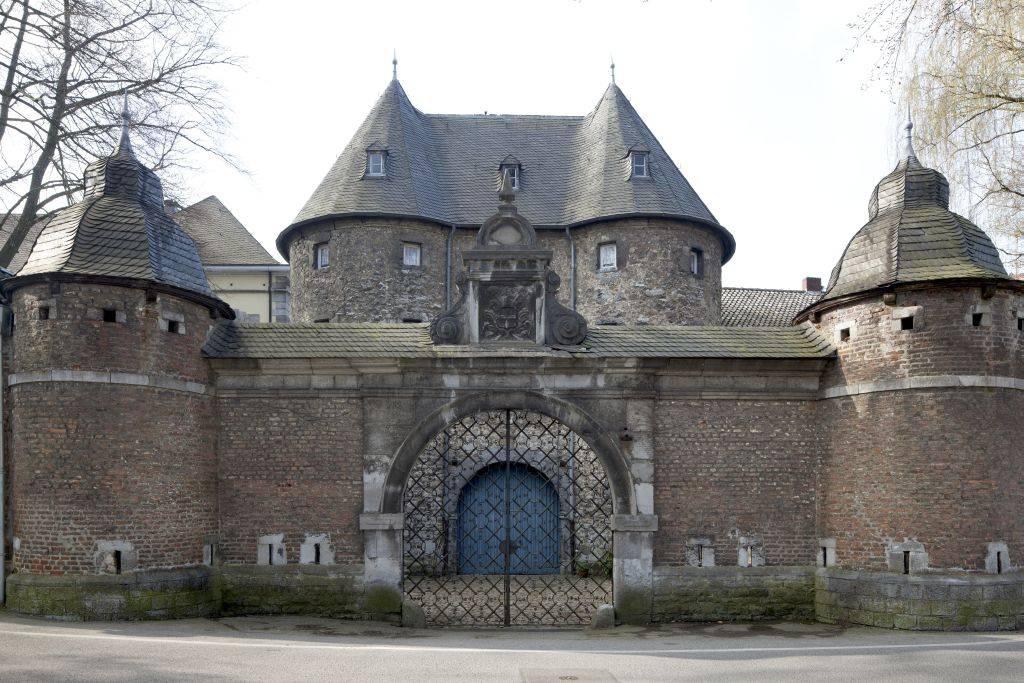 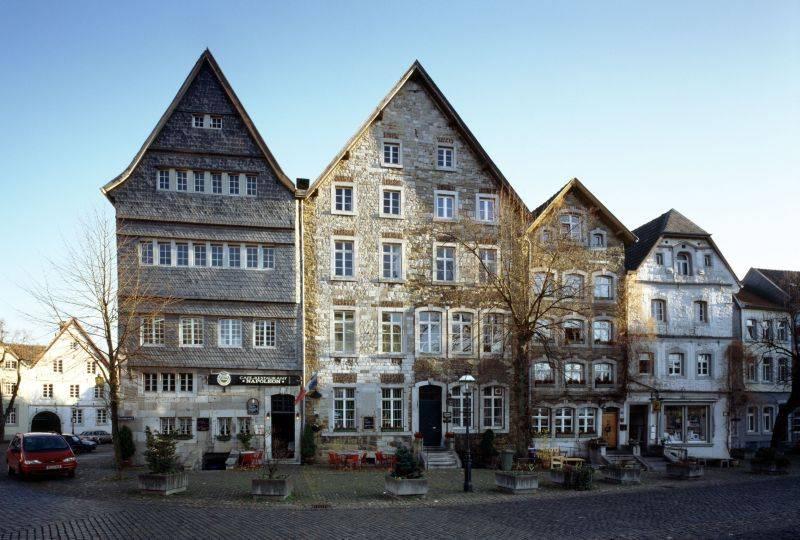 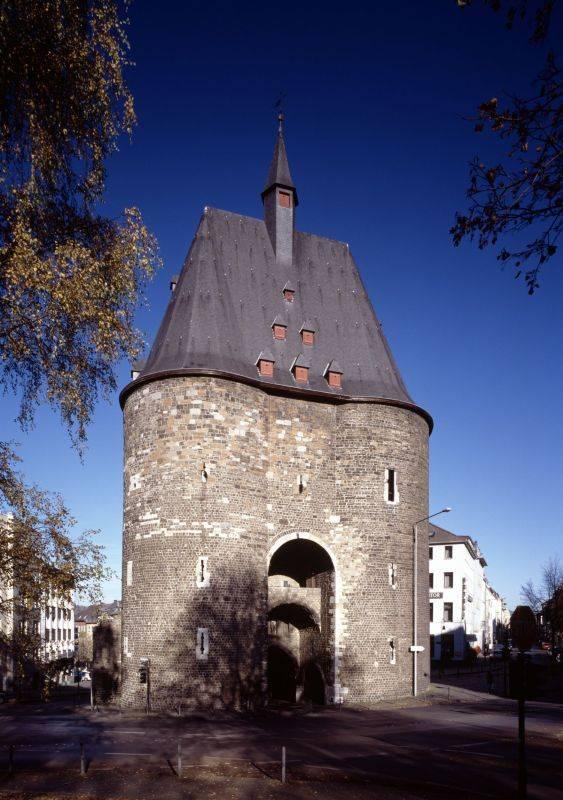 The Reich abbey started as a cloister in the 9th century. As requested by Ludwig der Fromme (the Pious), in 814 a Benedictine cloister was built here. Under the Ottonians, its abbot was made a prince and thus the abbey got full immunity, extensive legal autonomy and political rights (Reichsunmittelbarkeit), the right to mint and issue coins and the right to hold markets.
In the early 18th century, under Prince Abbot Alfons von Suys the huge new abbey’s construction was started; first, between 1721 to 1728, the central part. The finally five-wing, palace-like late-Baroque abbey was finished in the mid-19th-century when the outer southern wing was built.
After WW II, the state of North Rhine - Westphalia became the owner of the complex. The war damages had to be removed right into the 1970s. Since 1976, the central part has accommodated the “Kunst aus Nordrhein-Westfalen – Förderankäufe seit 1945“ institution (art from NRW – promotion purchases since 1945). Since the beginning of the 1990s, the whole complex of buildings has been gradually renovated.