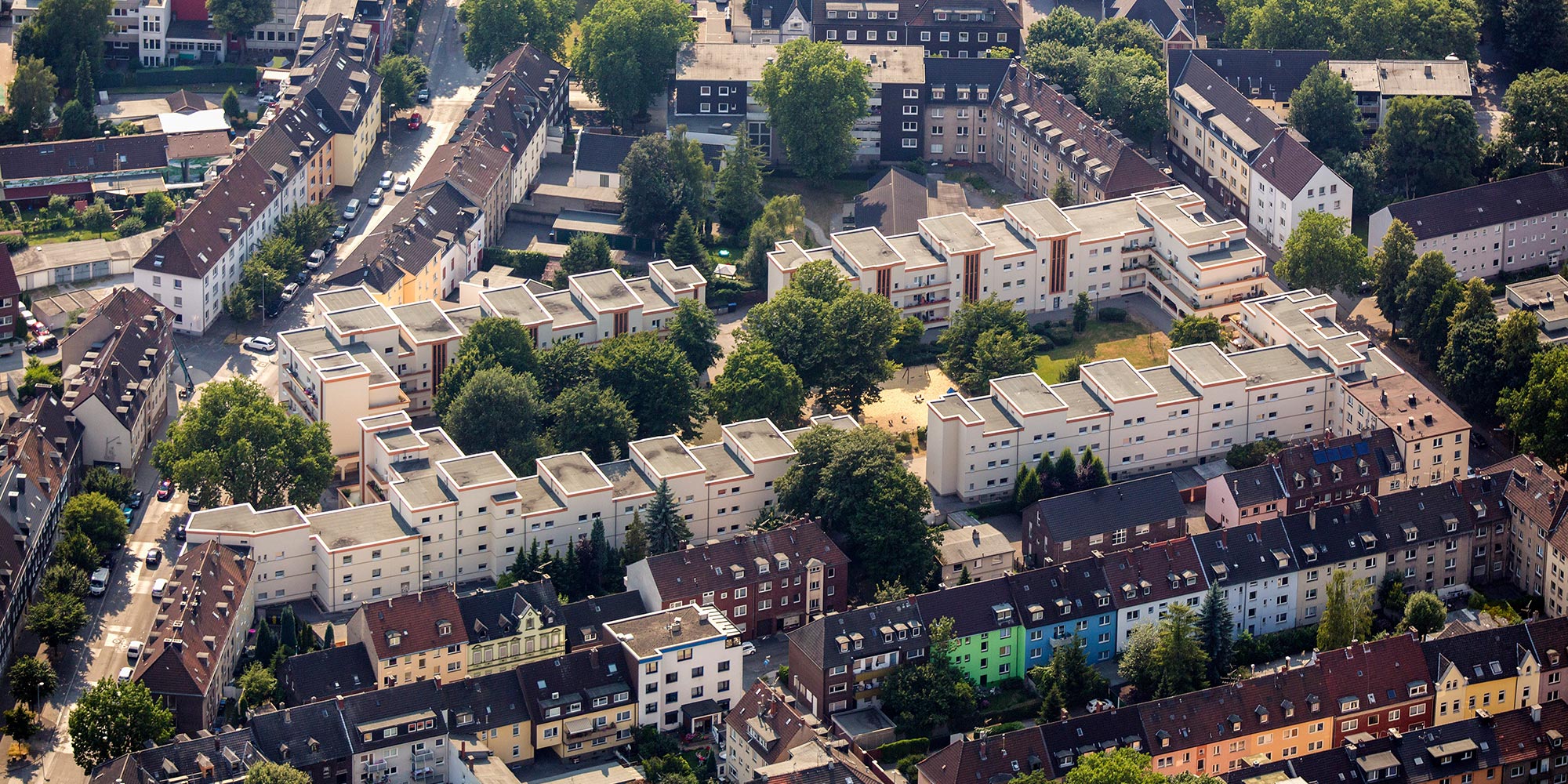 The epoch of architectural history described as the modern is not sharply defined. It refers to an internationally applied formal langauge, which developed at the start of the 20th century, during what is today described as the classical modern, and is still in use in the present day.
Its precursor in architectural history was the Jugendstil. The modern includes different trends which cannot always be separated fully: Expressionism; New Objectivity; International style; Neues Bauen; Functionalism; and, later, Brutalism.
The technical basis for classical modern architecture was the use of the then new building materials, pre–stressed concrete, steel, and glass.
The aesthetic principles of the modern should be understood as a reaction to the historicist neo-styles.
The agenda of the extensive architectural theory can be summarised (narrowly) in three clear-cut basic principles: Form follows function (Louis Sullivan); Less is more (Ludwig Mies van der Rohe); and the connection, established as early as 1908 by Adolf Loos, between Ornament and Crime. For one thing, the form should be derived from function. This is often apparent in the visibility of a building’s structure and services. Another aim is that the arrangement is of aesthetic simplicity.
The austere design often leads to the misunderstanding that the classical modern can be reduced to a strict orthogonality. This may be true for the architects belonging to de Stijl (neoplasticism), but others, in contrast, developed a preference for curved forms, making use of the then-new possibilities offered by concrete construction. The expressionist style of Erich Mendelsohn is completely compatible with the classical modern and largely dispenses with the use of the right–angle, as is the case for Frank Lloyd Wright and, later, the followers of organic building (for example, Hans Scharoun), or the Brazilian, Oscar Niemeyer.